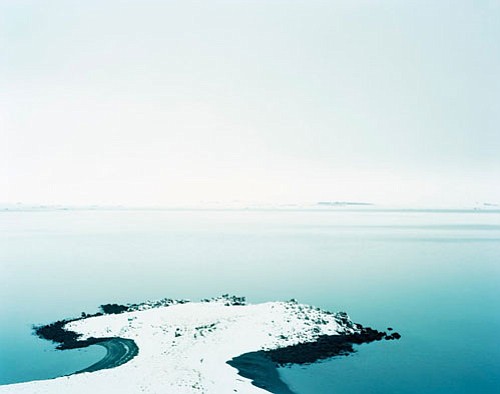 GRAND CANYON, Ariz. - The South Rim artists-in-residence for the month of March are collaborative couple Bridget Batch and Kevin Cooley. This is their first visit to Grand Canyon National Park.

Batch and Cooley live in Brooklyn, New York, where they work on both individual projects and collaborative projects. While here in-residence, they'll be pursuing the same approach, pursuing their own individual work as well as a collaborative video project that will encourage members of the community and park visitors to participate.

Batch has her BFA in photography from the University of Houston in Texas. She has shown her photographs in group and solo exhibitions in many venues including Mexico City, New York City, Washington, D.C., San Francisco, Dallas, and Venice, Italy.

Cooley holds his BA in international affairs from Lewis and Clark College in Portland Oregon, and his MFA in photography from the School of Visual Arts in New York City. He also has extensive exhibit experience, including solo and group shows in Miami, Los Angeles, Milwaukee and Milan, Italy.

Batch and Cooley have participated in other artist-in-residence programs as collaborators. In 2008 they were resident artists at the Herhusid program in Siglufjordur, Iceland, and have another collaborative opportunity at the Klondike Institute of Art in Dawson City, Yukon Territory, in November of this year.

While in-residence, Batch will be working on an on-going project that includes comparative research on cultural beliefs. She feels honored to be collaborating with Canyon local Shana Watahomigie on this project, which explores "cultural conceptions of the boundary zones between other planes of existence;" specifically about the Grand Canyon as a sacred location.

Cooley's solo project will include a series of photographs taken at the same time of day using a static view from the artist-in-residence apartment, on the second-story of Verkamp's Visitor Center and Museum Store. He will also be doing night photography with very long exposures.

Their collaborative project will be a series of short video works involving park visitors and other willing participants. The subject of these videos is yet undetermined and will evolve as Batch and Cooley talk with park staff, locals and visitors, and absorb the landscape themselves.

Batch and Cooley's outreach programs include an evening program presentation as well as some site-specific, fun and innovative projects. Their collaborative evening program is on Friday at 7:30 p.m. at Shrine of the Ages. Additionally, the couple will be working with Grand Canyon School's second grade class, introducing them to video as an art medium as well as capturing some of their "joyful movement, noise and the spontaneity of children in play" during this session.

Batch and Cooley's public participation video project is on Saturday and will be run as a drop-in project from 5:30 p.m. through sunset. Please meet on the porch of Verkamp's at 5:30 p.m. and walk to the location of the project with the artists, or check-in with Verkamp's staff if you arrive later, to see where this project will be staged. This will be a fun, all-ages project and everyone who is willing to participate is welcome.