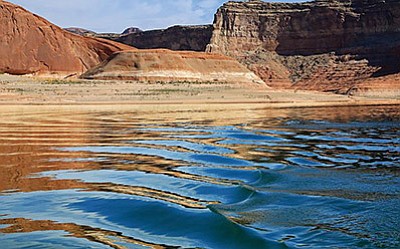 The projects, many of which tackle deferred maintenance, come as the NPS kicks off its second century of service. Congress provided $15 million for the projects which will be matched by almost $33 million from more than 90 park partners.

NPS said the list includes significant deferred maintenance projects. The project at Golden Gate National Recreation Area in California will resurface the Crissy Field Promenade and includes interpretive signage and seating at a site that attracts more than 1.2 million visitors each year. The project at Chesapeake and Ohio Canal National Historical Park in Maryland will rehabilitate the Conococheague Aqueduct.

Additionally, more than $4 million, including federal and partner funding, will support the Every Kid in a Park program, more than half of which will go to transporting about 250,000 kids to parks. Project funds will provide increased opportunities for children, especially fourth graders, to experience national parks this year.

As an example, Valles Caldera National Preserve in New Mexico, one of the newest units in the National Park System, will build on its successful program to engage young people in monitoring forest restoration, expanding it to neighboring Bandelier National Monument. The program strengthens the ancestral connections of local Pueblo Indian youth to the parks' landscapes by engaging them in the resource preservation and restoration efforts occurring on the land they consider sacred, and giving them the field and academic experience needed to excel as next generation stewards.  It also supports the park's innovative My Trail Program, engaging area fourth graders in the development of new trail signs.

NPS said the 2016 Centennial Challenge program builds on the successes of 2015, when Congress appropriated $10 million which the NPS leveraged with more than $12 million in partner funds to support more than 100 projects.

Centennial challenge projects in Arizona include $13,520 in support for Every Kid in a Park at Glen Canyon National Recreation Area (GCNRA) through partnerships with the National Park Foundation, Lake Powell Resorts and Marinas, Glen Canyon Natural History Association and Page Unified School District.

GCNRA is also partnering with Grand Canyon Youth for $209,165 in supporting Every Kid in a Park for a citizen-based acoustic bat monitoring project.

A complete list of centennial challenge projects and partners is available at National Park Challenge Projects..