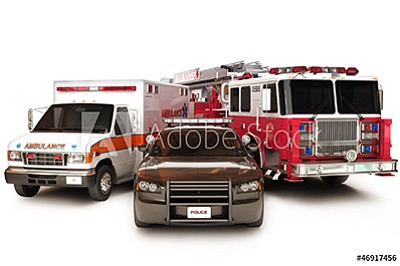 An annual Motor Vehicle Crash Facts report put out by Arizona Department of Transportation reported a 15.6 percent increase in fatalities from 2014 to 2015.

PHOENIX - Motor vehicle crashes on local roads and highways across the state claimed the lives of 895 people in 2015, 121 more than 2014, according to the Arizona Department of Transportation's (ADOTS) annual Motor Vehicle Crash Facts report.

The statistical report relied on data provided by law enforcement agencies around the state. It provided information about motor vehicle crashes in 2015, including a 15.6 percent increase in fatalities, compared to 774 deaths that occurred in 2014.

The highest annual number of motor vehicle crash fatalities in Arizona - 1,301, occurred in 2006.

Statistics from the report included;

• 300 of those killed were involved in crashes related to exceeding the speed limit or driving too fast for conditions, a 25.5 percent increase from 2014 and

• 295 of those killed were involved in alcohol-related crashes, a 9.7 percent increase from 2014.

"One death will always be too many, and there are things all drivers can do to reduce the number of crash deaths, starting with buckling up, obeying speed limits and reducing speed when conditions warrant," said ADOT director John Halikowski. "When you are behind the wheel, job number one is driving - not looking at your phone, not reading, not personal grooming, not anything that takes your attention away from the road. It is dangerous and disrespectful for everyone sharing the road with you. Just drive."

Arizona motor vehicle crash deaths on the rise
How dangerous is State Route 64?
Report: Data finds I-40 deadliest highway in Arizona
Editorial: Have fun, but remain safe
ADOT: No highway closures around state over holiday weekend