From one wilderness to another, Bell settles in at South Rim
Mia Bell takes over Xanterra's South Rim operations after 35 years in Ohio State Park Lodges, Yellowstone National Park 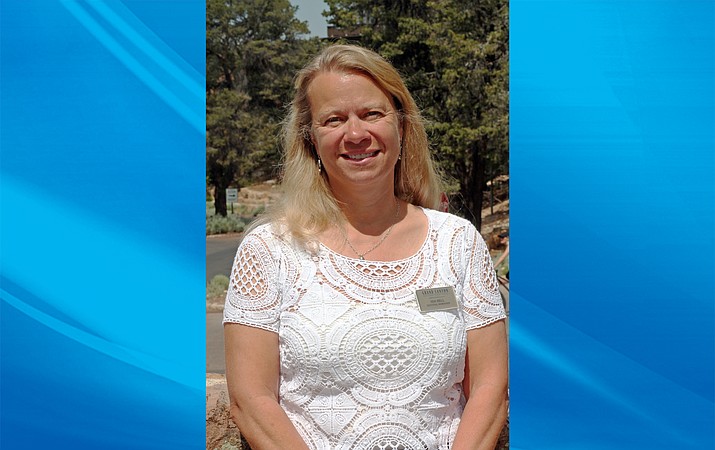 What began as a summer gig on the North Rim during the 1980s has finally brought Mia Bell back to Grand Canyon National Park.

Bell took the helm as Xanterra’s general manager when Jon Streit retired earlier this spring after 14 years in the position.

Before returning to the Grand Canyon, Bell spent 25 years working in accounting, operations and sales at Xanterra’s Ohio State Park Lodges. She obtained a degree in business administration with an emphasis in accounting from Ohio State University. She also earned the designation of Certified Hospitality Administrator from the American Hotel and Lodging Association.

Having spent a large chunk of her life in the west — Bell is originally from Salt Lake City, Utah — the time spent in Ohio was probably the closest thing to the ‘normal’ living arrangements that most people experience, she joked.

After her tenure in Ohio, Bell returned to the west as director of lodging at Yellowstone National Park, where she has spent the last eight years overseeing about 2,100 guest rooms and around 1,400 camp sites. She was later promoted to assistant general manager of Yellowstone’s concessions.

While at Yellowstone, Bell returned to the secluded living offered by many national parks. Surrounded by 2.2 million acres of wilderness, it’s a self-sufficient community in the middle of one of the west’s last wide-open spaces. Bell said that suits her and her companion, a black lab named Lucy, just fine.

“Lucy is an outdoor girl,” she said.

Yellowstone and Grand Canyon are similar in many ways — in a list compiled by National Geographic earlier this year, Grand Canyon was the second most visited national park with 5.9 million visitors, while Yellowstone came in sixth at 4.2 million. They both cover vast expanses of wilderness, often with no human contact to be had for miles and miles in the back country. These familiarities have helped Bell become acquainted with her tasks two months into the job.

Managing employees is another similarity between the two parks. Bell said her job often extends beyond working hours because in isolated communities like Grand Canyon and Yellowstone, it’s more than just a job, it’s all aspects of life. Bell said aspects like recreation opportunities, staff orientation and housing concerns are all part of her responsibility to her employees.

“I think being proactive is the key,” she said. “I don’t think there are more concerns here than anywhere else, but it’s about meeting the needs of the employees so those things don’t crop up.”

Similarities aside, there are still some differences, Bell said.

For one thing, the operations in Grand Canyon Village are in close proximity.

“In Yellowstone, I was really far removed from parts of the operation,” Bell said. “It could be a two and a half hour drive between my office and one of our concessions.”

But here at Grand Canyon, she said, she feels more in touch with everything that’s going on. Most of the properties are just a short walk from each other and her office at the bottom of the hill beneath El Tovar.

Another difference, Bell noted, was one of the quirkiest: the mule barn.

Xanterra uses mules both for guest travel to the bottom of the canyon and to carry supplies and mail to and from the guest houses at Phantom Ranch.

“I think it so funny that we have mules,” she said. “The mules have their own schedules, each of them gets so many days off per month, and that’s written into our contract.”

Asked what she was most looking forward to, Bell pointed to some ‘exciting’ projects on the horizon, including some updates and renovation to El Tovar and a complete rebuild of Maswik Lodge. Built in 1971, the lodge will be torn down and completely rebuilt, Bell said. Xanterra is currently in the process of designing the new complex, and construction should start sometime in the next couple of years, she said.

With family in Flagstaff and a solid footing in the western wilderness, Bell enjoys all the typical hobbies associated with Grand Canyon — biking, hiking and cross-country skiing are some of her favorites. And then, there’s Lucy.

“She’s trying to be my biggest hobby,” Bell chuckled.

Bell has settled right in to her new position — she’s a 35-year veteran of Xanterra — and said it’s exciting to be on both sides of the operating experience.

“I’m learning from the experience that’s here, and I’m doing that every day,” she said. “But it’s exciting to also be able to lend my experience to the things going on here.”