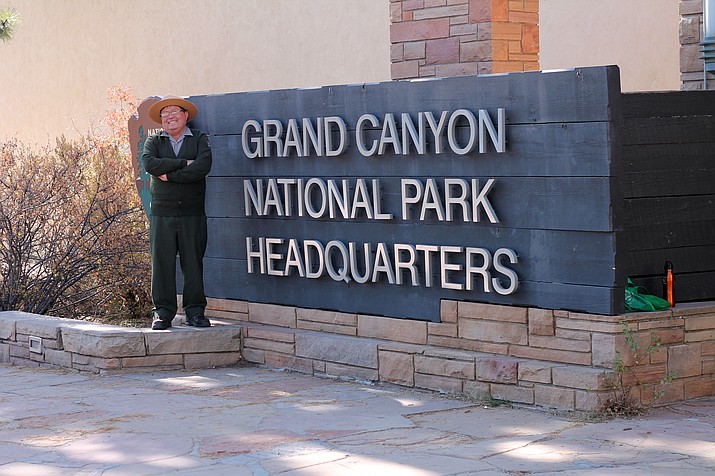 Patrick Segura has spent more than 30 years with the National Park Service after completing a tour of duty in Italy.

Teatro Olimpico in Vincenza, Italy, where Patrick Segura gained a love for the theatrical arts.

Patrick Segura was 19 years old when he decided to enlist in the Army in 1974. He had decided he wasn’t quite ready for college and, being in the best physical shape of his life, shipped out to Fort Carson in Colorado Springs, Colorado. At that time, the United States was licking its wounds from the eight-year conflict in Vietnam. The war effort became increasingly unpopular because of the high number of U.S. casualties and the shocking realization that some U.S. troops were directly involved in war crimes like the My Lai massacre, during which more than 300 unarmed men, women and children were killed. The Vietnam War was also the first to be widely filmed and covered by the media, with the atrocities of armed conflict broadcast in Technicolor across the globe. By 1973, the U.S. had withdrawn the majority of its troops, with the last few airlifted out in 1975.

Although he enlisted during the Vietnam era, Segura didn’t participate in active combat in Southeast Asia. After training in Indianapolis, he became the company clerk assigned to the 4th Infantry Tanker Company, which later deployed to Weisbaden, Germany. Before deployment to Germany, Segura spent three months in Verona, Italy, stationed at the Southern European Task Force (SETAF) embassy.

For a small-town New Mexico native, living in the heart of one of Europe’s most ornate cities was something he will never forget.

“It was exciting to say the least,” Segura said. “I was there for about three months, living in the heart of the city just steps from the downtown arena that looks like a solid pink marble Roman coliseum.”

Segura recalled the humorous moment when he was taking in the fact that the entire city was constructed of marble.

“Everything was marble, you know, because the Dolomites (mountains) were right there and it was cheap,” he said. “I remember laughing at the fact that dogs would walk by and just poop right on the marble sidewalks.”

Segura remembers the atmosphere like it was yesterday. Compared to his home in the desert southwest, Italy was very cosmopolitan, he said, very haute couture.

Weekend excursions to the local opera house became a much-loved tradition, one he never tired of. The Verona theater was famous for its production of Aida. The city’s zoo was located just a few blocks away, and the animals were marched through the streets and into the theater as part of the spectacle.

The atmosphere was very different from Americans’ view of opera, Segura said.

“In America, opera is a very high-class thing where everyone dresses up,” he said. “But in Italy, it’s a lot like a football game would be today. People come in their jeans and fill the stands like a crowd at a sporting event.”

Segura spent the bulk of his deployment in Vincenza, Italy, where he worked as the company clerk for an artillery company, maintaining records on each soldier in the company — no small task in the non-digital era.

While in Vincenza, famous for its Teatrico Olympico, Segura’s love of theater grew. He joined the local community theater and performed in Fiddler on the Roof, Aladdin, Solid Gold Cadillac and Bye Bye, Birdie. When he returned to the states, his interest in theater renewed his college efforts, and he received a bachelor of fine arts degree in theater from the University of New Mexico — Albuquerque.

Reflecting on his time in the Army, Segura concedes that he was extremely fortunate.

“I call it the Vietnam era, not the Vietnam War, because by the time I enlisted, they were already pulling the troops out,” he said.

After returning to the U.S. and graduating from college, Segura became a seasonal interpreter at the cliff dwellings and ancient pueblos in the Four Corners region.

“I was up and down those ladders almost every day for 11 years,” he said. “Kept in shape!”

Eventually, Segura was able to find permanent employment with the National Park Service (NPS) at Grand Canyon’s South Entrance Station, where he has been for more than 20 years. Meeting people from around the world, including the European countries he once visited, has been one of the highlights of his NPS career.

In fact, he said, he would like to return to college for his master’s degree once he retires, this time with an emphasis in psychology or similar because of his experiences greeting visitors.