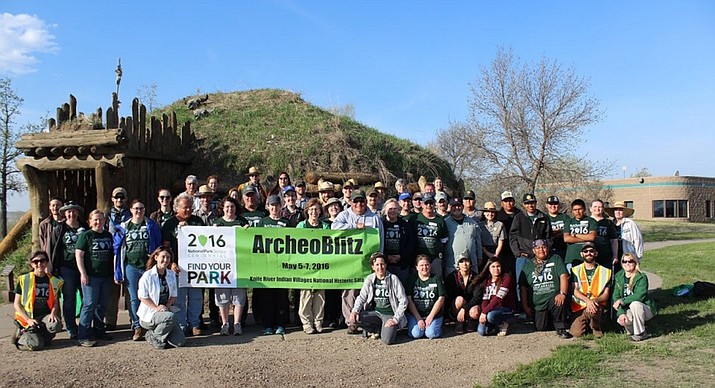 A previous grant was used by the State Historical Society of North Dakota to host an “ArcheoBlitz” at Knife River Indian Villages National Historic Site.

This funding, along with $32.6 million awarded earlier this year under a continuing resolution, represents a total of $58 million that the National Park Service has invested in the preservation efforts of states and tribes this year.

“These grants highlight the Department’s and the National Park Service’s commitment to preserving U.S. and tribal history and heritage,” Bernhardt said. “Through valuable partnerships, we are able to help communities and tribes protect the diverse historic places, culture, and traditions unique to our country for future generations to come.”

Administered by the National Park Service, these funds are appropriated annually by Congress from the Historic Preservation Fund (HPF). The HPF funds preservation programs at State Historic Preservation Offices and ensures local involvement by passing 10 percent of state funding through competitive subgrants to Certified Local Governments. All funding to the states and the District of Columbia requires a 40 percent non-federal match, which leverages state, local and private dollars to do even more with the federal HPF investment. Tribal grants do not require a match, although all tribes supplement their funding to accomplish their Tribal Preservation Office mission.

Since its inception in 1977, the HPF has provided more than $1.2 billion in historic preservation grants to states, tribes, local governments, and non-profit organizations. Funded at $80 million in 2017, the HPF does not use any tax dollars. It is supported solely by Outer Continental Shelf oil lease revenues.

Examples of state and local work accomplished with this annual funding include:

In 2017, the Saginaw Chippewa Indian Tribe and the Michigan State Historic Preservation Office collaborated and were successful in nominating the former Mount Pleasant Indian Industrial Boarding School to the National Register of Historic Places.

Examples of tribal efforts and accomplishments with this annual funding include:

The Brighton Field School, an interactive archaeological school for the Seminole Tribe of Florida’s youth and elders, has examined a 20th century Anglo-pioneer homestead on tribal lands. Interpretations and survey findings from the project will be incorporated into the Tribal and National Register of Historic Places nominations.

Since 2015, annual GPS and GIS capacity and database building programs have enabled the Pueblo of Zuni and the Tejon Indian Tribe to document, manage, and consult on historic properties and resources;

Beginning in 2015, the Karuk Tribe K-12 Oral History Curriculum Project has trained youth to help tell the stories of their community through videography, oral history research, and by documenting tribal culture and history.