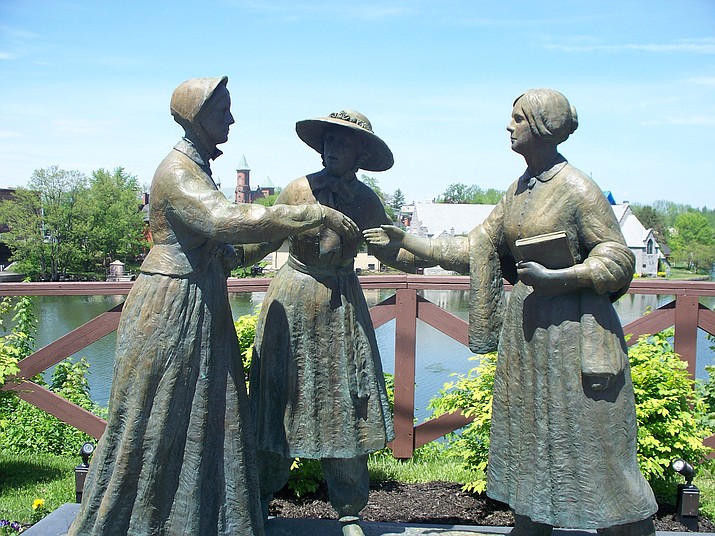 TUCSON — The Rincon Mountain District of Saguaro National Park will offer three Junior Ranger Camps during the month of June. Camps are designed for children 6 - 11 years of age. Participants will learn about the plants and animals of the Sonoran Desert through ranger-led hikes, environmental games and craft projects. Each camp will meet Monday, Tuesday and Wednesday, from 7:30 a.m. - 12:30 p.m. at Saguaro National Park East. A graduation ceremony, where participants will become official Junior Rangers, will be held. Applications will be accepted through May 6.

YELLOWSTONE — A pilot program to address traffic congestion will be tested on the Highway 140 corridor April 26 to April 29 and May 3 to May 6. This pilot is an initiative to test a new way to pace and send vehicles to the Arch Rock Entrance Station.

Working with the California DOT and the California Highway Patrol, vehicles entering the park via Highway 140 will be queued approximately 5 miles east of the Ferguson Slide Bridges, in El Portal. Vehicles will be incrementally sent to the entrance station to allow for minimal delays at the Arch Rock Entrance Station. More information is available at www.nps.gov/yose.

SENECA FALLS, NY — In the months of May and June, Women’s Rights National Historical Park will be host to an exhibit of paintings and drawings in collaboration with the Four Freedoms Project titled, “The Four Freedoms Reinterpreted.”

Fire restrictions include no use of campfires outside of designated developed camping areas, no smoking outside of an enclosed building or vehicle and no discharging of firearms except when engaged in a lawful hunt. Fireworks are prohibited year-round on federal lands.

Officials remind guests not to park a vehicle over dead grass as the catalytic converter can ignite the vegetation.