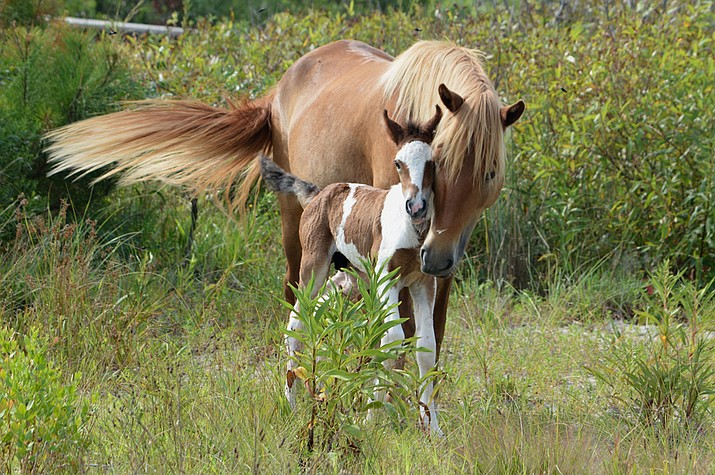 CAMP VERDE, Arizona — On Sept. 15, the National Park Service will conduct a monarch butterfly survey at Montezuma Well and volunteers are needed.

From 8 a.m. to 10 a.m. rangers will lead volunteers through the process of catching, tagging and releasing migrating monarch butterflies as they head south to Mexico for the winter.

Volunteers are asked to bring the following items: water bottle, hat, sunscreen, an insect or butterfly net (some may be available to borrow) and close-toed shoes. Pants are also recommended since volunteers will be going into some areas with scratchy bushes. Volunteers are asked NOT wear insect repellent, as the chemicals may be harmful to the butterflies.

More information and registration is avilable at www.nps.gov/moca and follow the monarch butterfly link.

The new foal, N9BM-JQ, and band live most of the year in the very busy developed area and campgrounds. N9BM-JQ will learn how to interact with the environment from Giggles and other members of his band. About two-thirds of foals in the National Seashore are born in April, May and June, but it is not uncommon for foals to be born during any month of the year.

ASHFORD, Wash. — The body of a climber was successfully recovered Aug. 15 from the base of Dewey Peak in Mount Rainier National Park.

The climber, Stephen Kornbluth, 35, of Seattle, fell while descending from the peak Aug.14. He and his two companions were attempting a technical ascent of the peak’s west face, which is located on the east side of the park three and a half miles south of Chinook Pass.

After the fall, the two surviving climbers reported the accident by 911 cell phone call, then descended to their fallen companion but were not able to revive him.