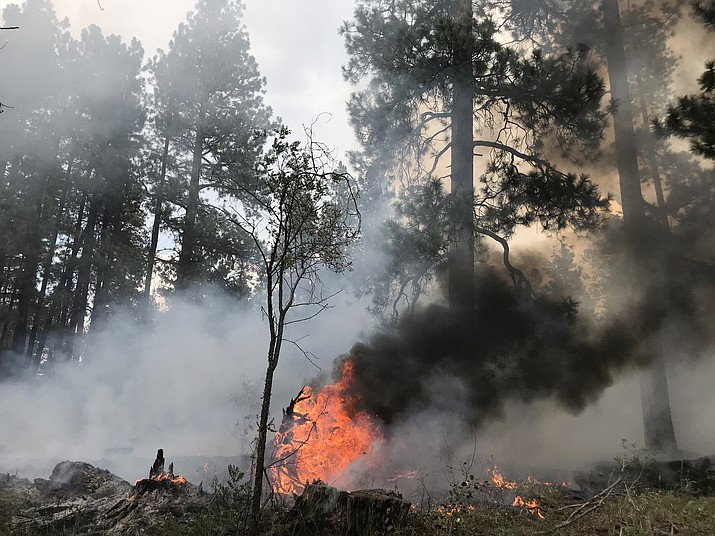 The Stina Fire has burned about 2,750 acres southwest of Jacob Lake and is about 50 percent contained. (Photo/Kaibab National Forest)

FREDONIA, Ariz. — As of Aug. 23, Kaibab National Forest has lifted all area closures that were implemented from the Cat and Stina Fires.

Closures have been lifted because of the significant and widespread monsoon moisture that occurred over both the Cat and Stina Fire in the last 72 hours.

Potential risks in an area recently burned by wildfire include the following:

• Storms resulting in flash flooding that could wash out roads, initiate debris flows and may entrap people at flooded stream courses;

• Blowing dust on roads and hillsides.

More fire information on the Kaibab National Forest is available at www.fs.usda.gov/kaibab and Inciweb under the name of the fire at https://inciweb.nwcg.gov or visit us on Facebook and Twitter @KaibabNF or call (928) 635-8311 for recorded fire information.