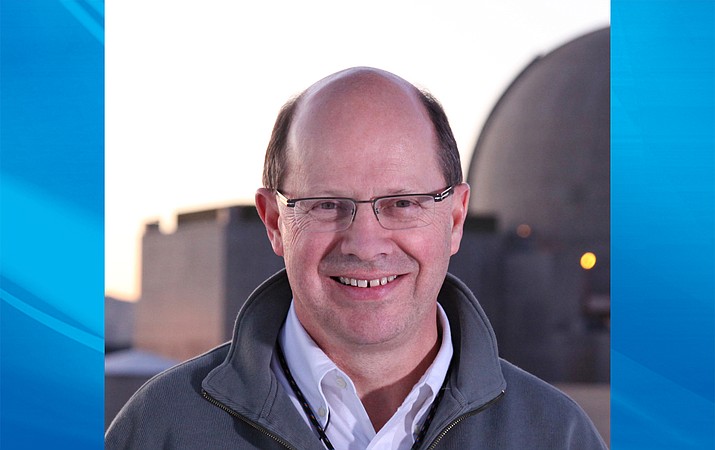 When you think of the most remarkable landmarks that contribute to the beauty of our state, places like the Grand Canyon, Canyon de Chelly, Camelback Mountain, San Francisco Peaks and Red Rocks of Sedona are likely on the list.

There’s another important landmark that may not be at the top of your mind, but is crucial to Arizona’s clean air, blue skies and natural environment. Gov. Doug Ducey refers to it as “a crown jewel in the state’s vital infrastructure and one of the greatest examples of Arizona’s pioneering spirit.”

I’m talking about our country’s largest power producer for 25 straight years — the APS-operated Palo Verde Generating Station, located about an hour west of downtown Phoenix. The energy produced there is all clean and carbon free.

What does that mean for APS customers and all Arizonans? Cleaner air. As the provider of 80 percent of the state’s clean electricity, Palo Verde plays a major role in preserving the fragile desert environment we all enjoy. The carbon dioxide release that is avoided because Palo Verde produces this power for our region, rather than conventional sources, is significant. To put it into perspective – imagine 2.8 million cars, and the air pollution they cause, disappearing from our roads each year.

And, because Palo Verde is the only nuclear plant in the United States that does not sit on a large body of water, it helps Arizona conserve precious water supplies by recycling wastewater from local towns and cities to meet the plant’s cooling needs.

As the only emission-free source that can deliver 24/7, nuclear power is key to a cleaner energy future. It provides the reliable, affordable backbone to our diverse energy mix, instrumental in balancing important renewables like solar and wind, which are controlled by Mother Nature and can’t always generate power when Arizonans need it most.

Palo Verde is also essential to fueling Arizona’s economy, infusing $2 billion dollars a year. Only Luke Air Force Base gives a greater economic boost to the West Valley. APS serves as Arizona’s largest single commercial taxpayer, employs more than 2,500 full-time workers and nearly 1,000 seasonal contractors at Palo Verde, and supports thousands of Arizona businesses each year with the purchase of products and services.

The people of Palo Verde Generating Station make a significant positive impact too. Our employees are engaged in our communities as good neighbors. They donate hundreds of hours of their time and about $1 million dollars each year to local charities; Palo Verde also invests in a diverse future workforce by providing educational opportunities to students who are interested in careers in energy.

The next time you take a moment to admire our state’s beauty, know that Palo Verde is quietly and consistently doing its part as a thriving and vital resource for Arizona, a leader in clean energy production, and by providing a better future for generations to come.