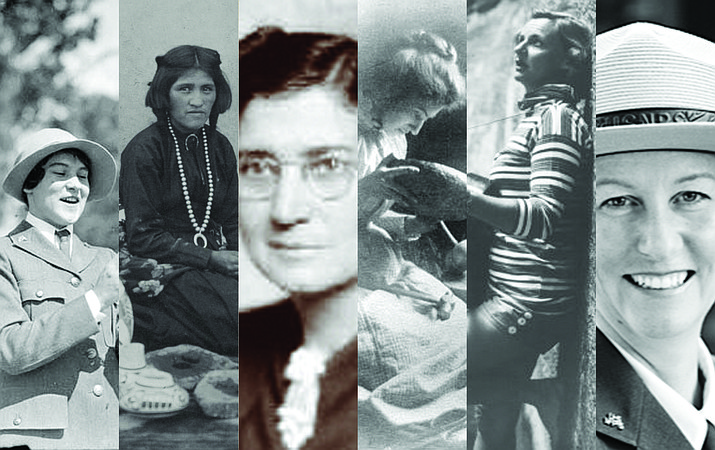 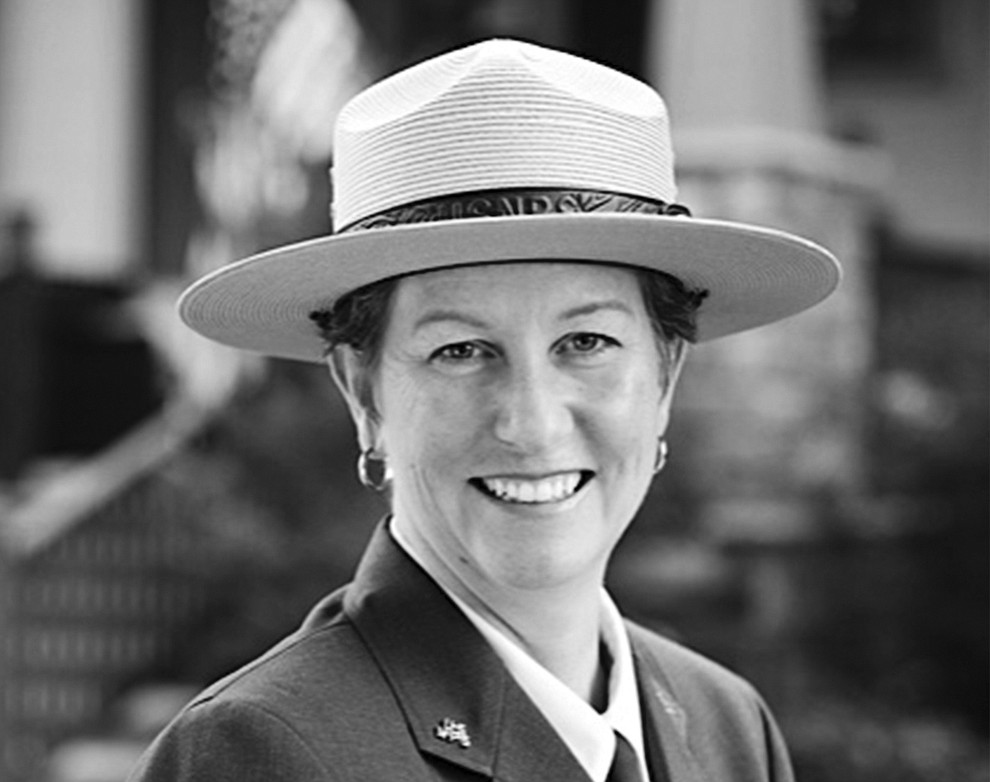 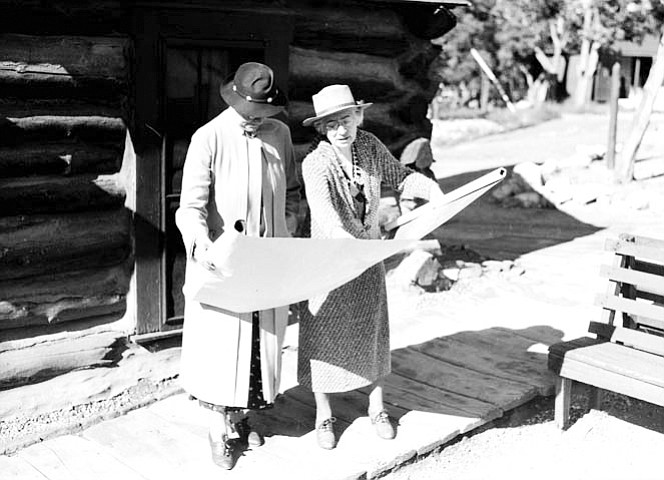 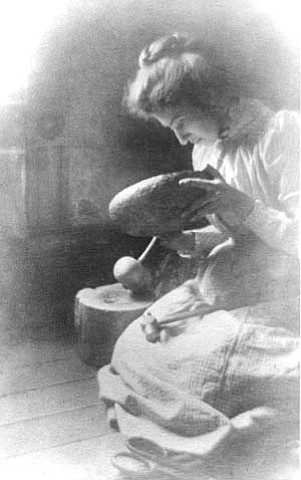 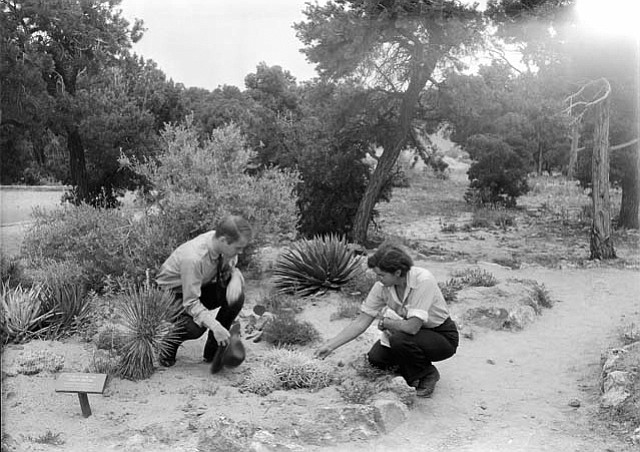 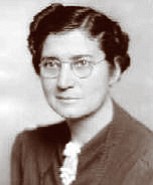 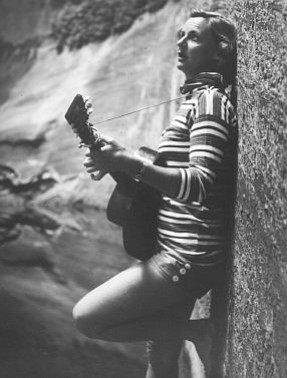 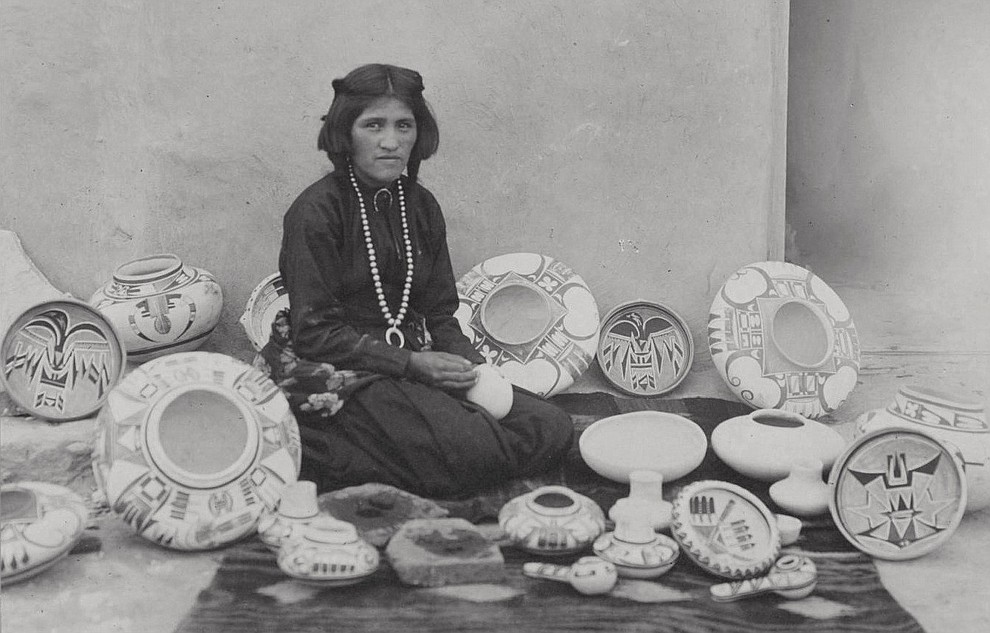 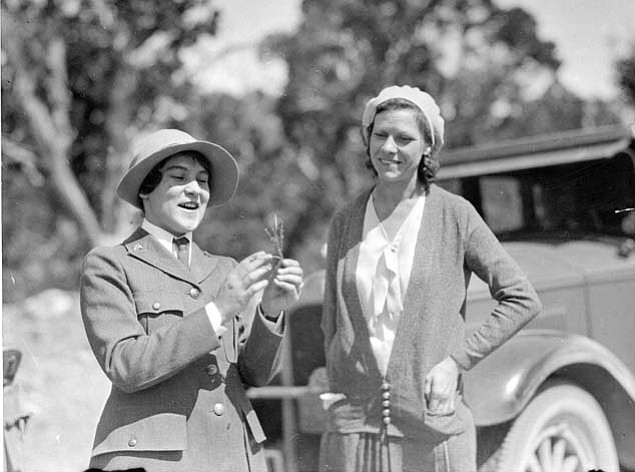 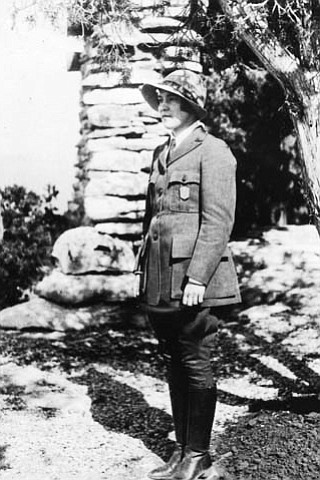 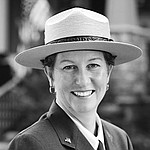 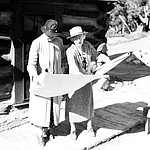 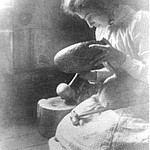 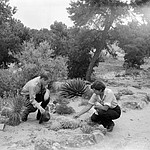 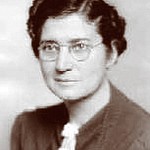 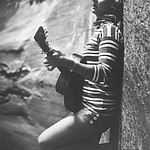 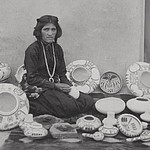 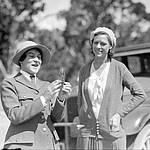 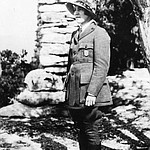 GRAND CANYON, Ariz. — While America's wild places were once thought of as a man's world, one of the West's most iconic landscapes has been home to some remarkable women, many of whom were the first to make their mark on both the Grand Canyon and its namesake national park.

The following six women, along with many others, made significant contributions to both Canyon Country itself as well as Grand Canyon National Park.

Nearly everyone who has visited Grand Canyon Village knows about Mary Elizabeth Jane Colter, the favored architect and designer of Fred Harvey. With Harvey’s blessing, Colter designed several of the park’s most iconic structures, from the Native experiences at Desert View Watchtower and Hopi House to the colorful Bright Angel Lodge and the lonesome, lived-in outpost of Hermit’s Rest. Colter was known for creating a unique blend of Spanish Colonial structures with elements of numerous Native American pueblos she studied throughout the Southwest. She was also known for incorporating various bits and pieces of pottery, stones or other design materials she collected on her travels.

Colter was one of only a handful of female architects, and she often worked in rugged conditions while designing and constructing the 21 buildings that bear her signature style. She was known for being incredibly precise about her buildings. Grand Canyon historian Henry Karpinski said every stone and window, often asymmetrical, were placed exactly as Colter wanted them, and would being taken down and redone if they weren’t to her liking.

“Colter was always being ‘called away’ in the middle of a big project,” Karpinski recounted. “While she was gone from this one, the foreman, I guess to impress her or in an effort to get the job done, kept working and when she got back, he said ‘look what I did.’ Well, she told him to take it all down. And that is when they may have gotten the idea to call her Old Lady Colter.”

Nampeyo, who was born to the Corn Clan in the First Mesa village of Tewa, was known as one of the finest Hopi potters, crafting beautiful pieces of pottery in the traditional Old Hopi style. When she married her second husband, who was assisting at an archaeological excavation of Sikyátki near her home village, she became interested in the ancient style of Hopi pottery. Created between the 14th and 16th centuries, the ancient style of pottery was harder and less prone to cracks that the style of pottery Nampeyo’s contemporaries were producing.

Along with her husband, Nampeyo gathered pottery shards and studied the ancient designs painted on them by her ancestors, which she incorporated into her own pottery. She used ancient methods to fire and finish the pottery, producing a smoother finished surface.

“When I first began to paint, I used to go to the ancient village and pick up pieces of pottery and copy the designs,” Nampeyo told interviewers at the time. “That is how I learned to paint. But now, I just close my eyes and see designs and I paint them.”

Nampeyo traveled to Colter’s Hopi House shortly after it was constructed in 1905 and lived as an artist in residence, selling her pottery there until 1907, when she left to exhibit her works across the U.S.

A botanist and professor for the University of Michigan, Elzada Clover was the first person to catalog the native plant life along the Colorado River. She made many trips to the Southwest seeking plants for the university’s botanical gardens, and in 1960, became the garden’s curator.

Clover was also one of the first women to successfully raft the entire length of the Colorado River, along with graduate student Lois Jotter. The two women embarked on the journey to catalog plant life in 1938, in spite of Bessie Hyde’s presumably fatal attempt at running the river 10 years earlier.

Clover and Jotters’ survey of plant life, completed on about 600 miles of river, remains the only comprehensive study of plant life in the riparian ecosystem before Glen Canyon Dam altered the landscape.

When she came to the North Rim of the Grand Canyon in 1927, Polly Patraw was University of Chicago botany student on a trip across the West, viewing and studying the plants of a wide variety of ecosystems from the dry Southwest to the coast.

After graduating, Patraw studied at the North Rim for another two years, eventually finishing her thesis — a complete study of the plant life of the Kaibab Plateau. According to author R. Bryce Workman’s “National Park Service Uniforms: Breeches, Blouses, and Skirts, 1918-1991,” it was then that Patraw got a taste of one of the harsh realities of the time: she applied with the U.S. Forest Service for the position of ranger-naturalist, but was informed that the Forest Service did not hire women in that position.

An Arizona girl from the beginning, Lee was born in Tucson and graduated from the University of Arizona with a bachelor of fine arts degree. Folk music was where Lee really shined. She recorded 14 original albums during her career while performing in cabarets and concert halls from San Fransisco to New York, and she was famously known as a singer of traditional cowboy songs.

After a hiking trip with friends, Lee became a fierce advocate for Glen Canyon, which was on the verge of being flooded, the Colorado River dammed to create the Lake Powell Reservoir. Bitterly referring to Lake Powell as Loch Latrine or Rez Foul, Lee took up the fight as an environmental warrior and activist, fiercely advocating for the removal of the dam that flooded the area’s unique slot canyons and reduced the once-wild Colorado River rapids to a trickle.

She chronicled her experiences in All My Rivers are Gone: A Journey of Discovery through Glen Canyon, which was later republished as Glen Canyon Betrayed with an afterward by Lee, who had become known as the Grand Dame of Dam Busting.

Since her appointment, Lehnertz has worked to improve inclusion and morale at the park — especially for women, who still only make up about 37 percent of the NPS workforce, according to a 2016 workplace survey. Lehnertz has also worked hard to change the culture at Grand Canyon in the wake of a sexual harassment scandal that exposed rampant harassment and retaliation in the park’s river district.

Lehnertz has made progress in the past two years, and continues to rebuild trust in the park’s administration. Along with fellow NPS women Donna Richardson and Rachel Bennett, Lehnertz has paved the way for the river district to be re-established with a new framework of protection and accountability for employees.