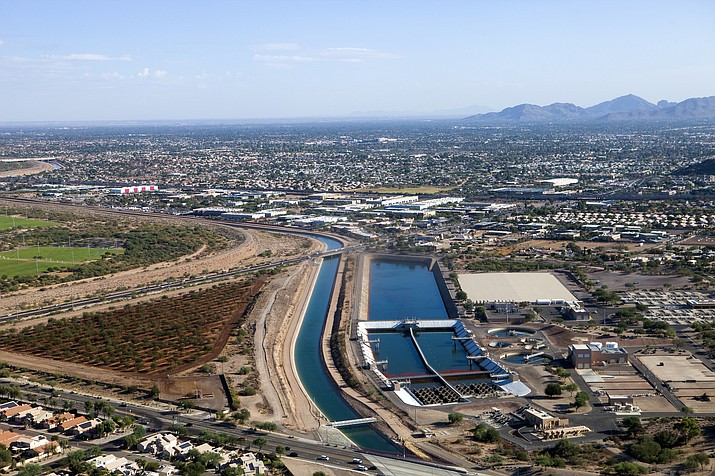 DENVER (AP) — Arizona’s largest water provider tried May 1 to defuse a multi-state dispute over the Colorado River, saying it regretted the belligerent-sounding words it used to describe its management strategy for the critical, over-used waterway.

The Central Arizona Project, which provides water to about 5 million people, pledged to be more cooperative with other river users and promised “to have a more respectful and transparent dialogue in the future.”

The river serves 40 million people in seven U.S. states and Mexico, and consumption is tightly regulated and closely monitored. An 18-year drought and increasing demand from growing cities have put the river under more strain.

The tension boiled over last month after the Arizona utility said it was trying to keep water levels in a major reservoir high enough to avoid any reduction in its share but low enough to require other users to send more water into the river.

That angered officials in Colorado, New Mexico, Wyoming and Utah, who accused the Central Arizona Project of manipulating the water at the expense of others and putting the entire river system in jeopardy.

The Central Arizona Project initially denied the accusations and described its approach as good management. But after meeting with its critics April 30 in Salt Lake City, the utility released a statement saying it “regrets using language and representations that were insensitive” to other river users.

It also pledged to cooperate on drawing up a multi-state plan for possible shortages in the river, which appear more and more likely because of the drought and climate change.

Other users had grown impatient over delays in completing the drought plans and accused the Central Arizona Project of stalling to avoid the water cutbacks the plans might require.

Colorado and Wyoming officials said they were encouraged by the Central Arizona Project’s new statement but were waiting to see how it follows through.

“I think we heard an apology yesterday, certainly for the rhetoric they used,” said Patrick T. Tyrrell, Wyoming’s representative on the Colorado River. “The jury’s probably still out till we see what happens with their actions going forward.”

No single authority oversees the river — instead, it is governed by international treaties, interstate agreements and court rulings known collectively as “the law of the river.” The seven states in the Colorado River system are Arizona, California, Colorado, Nevada, New Mexico, Utah and Wyoming.

The Central Arizona Project gets a large part of Arizona’s share. The utility uses canals, pipelines and aqueducts to carry water 336 miles (540 kilometers) from the river to the central and southern part of the state.

For years, the seven states, the federal government and Mexico have relied largely on negotiations to settle their disagreements without public rancor or lawsuits. That made the Arizona dispute stand out and prompted critics to say the Central Arizona Project was threatening to wreck the cooperative spirit of the river states.

In its statement May 1, the utility said, “We believe that a renewed collaborative process will ultimately support development of broad-based solutions with our Colorado River Basin colleagues to benefit the entire Colorado River system.”