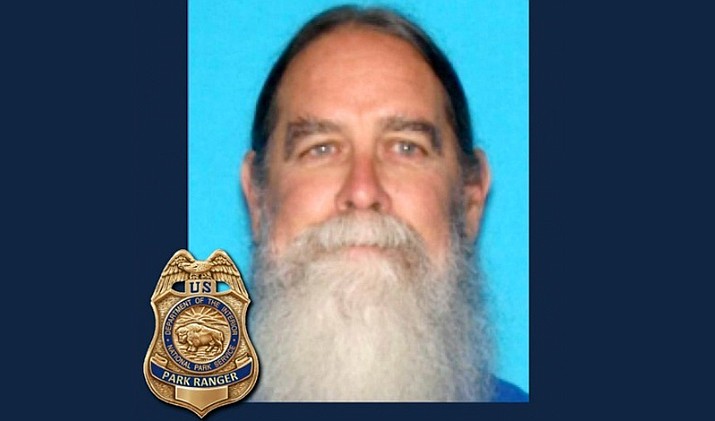 Mike Howard is 6 feet tall, 190 pounds, has blue eyes, gray/brown hair and a long gray beard. He was wearing a yellow T-shirt, shorts and Keen water shoes. Anyone with information that might help in the search for Howard is asked to contact National Park Service Silent Witness Line at 928-638-7840. (NPS)

On Sept. 14, National Park Service personnel were notified of a body in the Colorado River below Granite Rapids at river mile 94.

Park rangers responded and recovered the body, which was transported to the rim by helicopter and transferred to the Coconino County Medical Examiner. Based on evidence found with the body, it is believed to be that of missing passenger Mike Howard.

Howard was reported missing after he and his wife were swept downstream as they disembarked from their boat near Clear Creek, river mile 85, on Sept. 7. The wife was flown to Flagstaff Medical Center to receive treatment on Sept. 7. The National Park Service conducted a multi-day search and rescue operation.