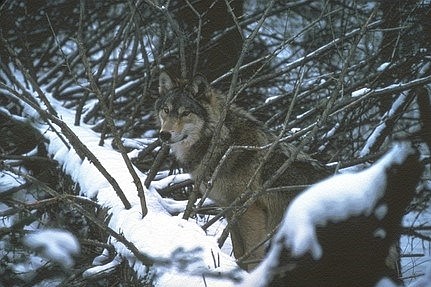 Wolves have been reintroduced to Isle Royale National Park since 2018 to bolster the population, which hit a low of two animals in 2016. (Photo/NPS)

Officials released findings from observations of wolves that were captured on the mainland and taken to the Lake Superior park during the past year.

Plans call for moving 20 to 30 wolves to Isle Royale to restore a population that had nearly disappeared because of inbreeding. The park’s current total is 17.

The radio-collared wolves were monitored over the summer by park staffers and researchers with the State University of New York.

They studied remains of animals the wolves had eaten and concluded that more than half of the prey were moose. But the wolves also feasted on beavers and snowshoe hares.

Natural resources chief Mark Romanski says the prey study is part of an effort to determine how wolf restoration will affect the park’s ecosystems.