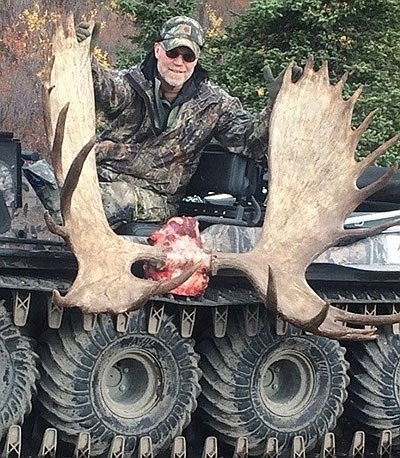 Charles Eric Benson and Jeff Babcok died May 27 in an accident near Whitehorse International Airport. (Photos/NPS)

WHITEHORSE, Canada — The National Park Service (NPS) is mourning the loss of two Alaska-based employees following an airplane crash in Whitehorse, Canada May 27.

The two men, Jeff Babcock and Charles Eric Benson, were on a personal trip to ferry a privately-owned airplane from the Lower 48 to Anchorage, Alaska, when the plane went down shortly after take-off from Whitehorse International Airport.

According to Canadian officials and witnesses, the airplane crashed at about 5:30 p.m. shortly after takeoff into a forested area south of the airport. A column of smoke was seen rising from the area and emergency personnel from Whitehorse Fire Department, the Whitehorse RCMP and airport firefighters responded immediately to the scene.

“Jeff and Eric were two of our very best and the National Park Service and Alaska Region have suffered a terrible loss,” said Bert Frost, NPS Alaska regional director. “Our thoughts and prayers are with the families of Jeff and Eric and we are heartbroken.”

Both men were accomplished professionals, as well as skilled airmen.

Prior to working for NPS, Babcock had a distinguished 23-year career as a sergeant, lieutenant and captain in the Alaska State Troopers where he served as a commercial pilot, aircraft and vessel section supervisor, use of force instructor, accident reconstructionist, undercover investigator, internal investigator, tactical dive master, firearms instructor and certified flight instructor. After retiring from the Alaska State Troopers, and before coming to work with NPS, Babcock flew for seven years as a pilot for K-2 Aviation. He enjoyed flying guests around Mt. Denali and sharing with them his favorite parts of Alaska.

Benson served for 25 years in both the U.S. Air Force and in the U.S. Army in a variety of assignments. From 1993-1994 he attended and graduated from the Initial Entry Rotary Wing Qualification and the Aviation Officer Basic Courses at Fort Rucker Alabama. He then served as a UH-60 Army Aviator, platoon leader, company executive officer, brigade aviation element and an aviation maintenance company commander. Benson’s active duty career culminated in December of 2007, with the 10th Mountain Division while serving as a Battalion executive officer for the General Support Aviation Battalion at Fort Drum, New York. He joined NPS after retiring from the U.S. Army.

Babcock and Benson were long-time residents of Alaska and are well-known throughout the state.