Endangered wolf pups from Kansas zoo released into the wild 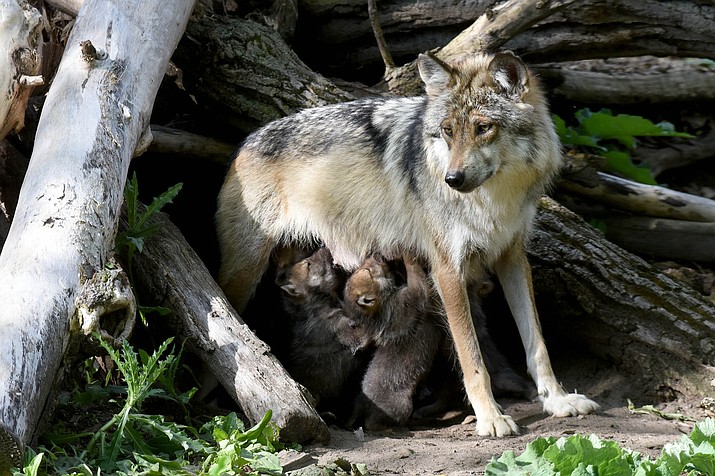 A mother wolf nurses pups, some of whom will be placed into wild dens to bolster genetic diversity in wild packs. (Photo/Jim Schultz)

WICHITA, Kan. — Two endangered Mexican wolf pups from a Kansas zoo have been released into the wild in Arizona.

The Wichita Eagle reports that a male puppy, named Traveler, and a female puppy, named Jaunt, were born at the Sedgwick County Zoo in Wichita. They were 2 weeks old last month when they were placed with a litter whose mother is wild.

Mexican wolves are considered critically endangered with fewer than 150 members of the species remaining in the wild. They are native to the southwestern United States in Arizona and New Mexico, and in Chihuahua, Mexico.

The U.S. Fish and Wildlife Service will remotely observe the pack to monitor the results of the cross-fostering. But senior zookeeper Nancy Smith says the pack seems to be doing well.