Guest column: The Grand Canyon – “Too Big to Fail” 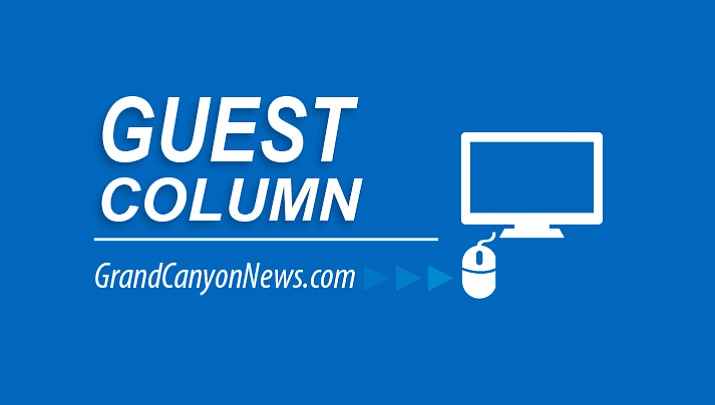 Looking over the edge into the Grand Canyon, it’s hard to comprehend the amount of pure rock the Colorado River has carved away from the surface of Arizona for over six million years. When I am hiking in the canyon the stillness of the backcountry and stoic sandstone walls make me think this place is timeless and unchanging. But the environment has been changing here for decades, and human pressures now play a central role in how future generations will understand this place.

This year, Grand Canyon National Park celebrates its 100th birthday. Since the park’s first birthday, the Earth’s average surface temperature has risen 1.6 degrees Fahrenheit, with most of the warming occurring in the last 35 years. Although our climate has been changing since the beginning of time, our plants and animals, and even we humans can’t keep up with the speed of the changes in recent decades. Hundreds of plant species and 90 animal species share the canyon with us, and they often make themselves known. I love being at the Canyon and seeing elk or a herd of mule deer walk across the road. Travelers are familiar with the long lines of stopped cars as people take photos of these incredible animals. In recent years, however, the stressed environment of the canyon has become a battleground for these species, as they struggle to adapt to drought, increasing temperatures and decreasing groundwater availability. As the climate changes quicker, the Grand Canyon will change, and our entire state along with it.


Arizona is known for the Grand Canyon; it is even our slogan: “The Grand Canyon State”. As one of the Seven Wonders of the World, the Grand Canyon is practically Arizona’s local celebrity. Every year, six million people come to gaze at this beautiful hole in the ground and spend their money at Arizona businesses. Given the beauty of the place, and the steady flow of revenue it brings to our state’s economy, it seems impossible that anyone would allow this environment to be degraded on top of the effects of climate change, yet pressures from uranium mining are stressing an already stressed environment.

Just six miles south of the South Rim of the Grand Canyon, Canyon Mine is extracting uranium from deep in the bedrock. This mine was permitted to operate despite the Department of Interior’s 2012 ban on uranium mining in the region and continues to operate today. For decades, foreign-owned mining companies have been lobbying the US government to continue mining around the canyon. These companies have claimed hundreds of sites around the canyon and have been slowly etching away at the bedrock searching for uranium, a radioactive and toxic metal. This mining has the potential to contaminate over one million acres of Northern Arizona and the Colorado River, which is already too low to meet future demand due to climate change.

I started asking people across Arizona how they feel about this mining, and the changes occurring in the climate and environment of the canyon. My travels led me to conversations with scientists, conservationists, hunters, anglers, hikers, tribal members, local business leaders and community members throughout Arizona. I was surprised to find that people agree, even from different political backgrounds; people want to see the Grand Canyon protected. To a business leader, the canyon is an opportunity to grow our state’s economy, while a scientist sees the fragility of the environment, and the need to conserve it. To a hunter, the land around the canyon is home to valued elk and mule deer that their family relies on and Tribal leaders understand this place to be their people’s ancestral homeland. Everyone has a different reason to love the Grand Canyon, and this shared value brings people together.

Although climate change and natural resource extraction are contested issues, when it comes to the Grand Canyon, we Arizonan’s and all lovers of the canyon agree, this place is too precious to mine, and the environment too rare to lose. In an era of climate change, resource depletion, and growing human pressures, we need to say that the Grand Canyon is “too big to fail”. It is time our leaders step up to end this outdated mining practice and address climate change to protect our one and only Grand Canyon.