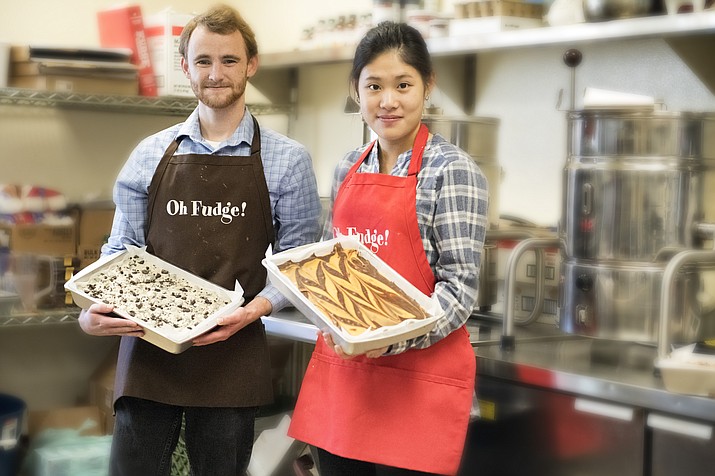 GRAND CANYON, Ariz. — Although the history of fudge is unclear and hotly debated, some say it was developed in the 1880’s in America when some bakers “fudged” a batch of caramels.

Whatever the case may be fudge has made its way to the Grand Canyon Village and both visitors and locals love it.

“We have about 30 flavors that we make overall and we tried to name them all about the canyon,” said Aaron Walker, retail manager for Maswik Lodge Gift Shop. “At any given time we have about 16 to 17 flavors in the display case.” 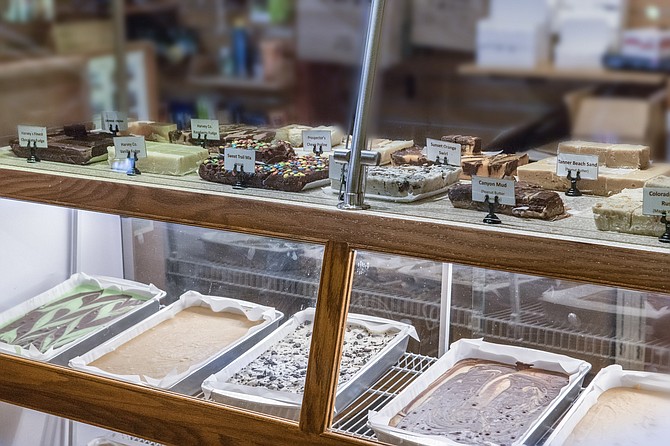 Visitors from around the world enjoy more than 30 varieties of fudge at the Maswick Fudge Shop in Grand Canyon Village. (Veronica R. Tierney/WGCN)

To find the best Grand Canyon-themed names for the fudge, Xanterra Travel Collection sponsored a contest for employees.

“I always buy some for me and some to give to friend…. that’s how good it is and I gotta spread the sweet love,” she said.

The fudge is crafted in the Xanterra test kitchen, an impressive culinary enclave housed in the purchasing department. Along with Walker, Corena Yeh, retail assistant manager makes the fudge in large fudge kettles.

“One thing I love about working for Xanterra at the Grand Canyon is the fact that we are so dedicated to the history here,” said Retail Director for Xanterra, Mike Slagle. “The best part is when we can conjoin the two into something special. Fred Harvey Fudge does just that.Our fudge is made with the same high standards that made Fred Harvey such an icon."

The fudge has been an extremely successful venture from day one, according to Slagle.

"Two months into the operation we had to expand," he said. "But who doesn’t like fresh fudge, right?”

Slagle stated that they use the highest quality methods that have been proven over time.

Maswik Lodge Retail Associate Joann Sudderth jokingly told her hiker customers, “I’m gonna sugar you up so you can run down into the deep ditch and come right back up.”


When asked about the most popular selling flavors, both Walker and Yeh couldn’t agree.

“It changes,” Walker said. “Some of the more popular have been the Peanut Butter chocolates and S’Mores always goes pretty fast.”

“It’s really good,” they both commented.