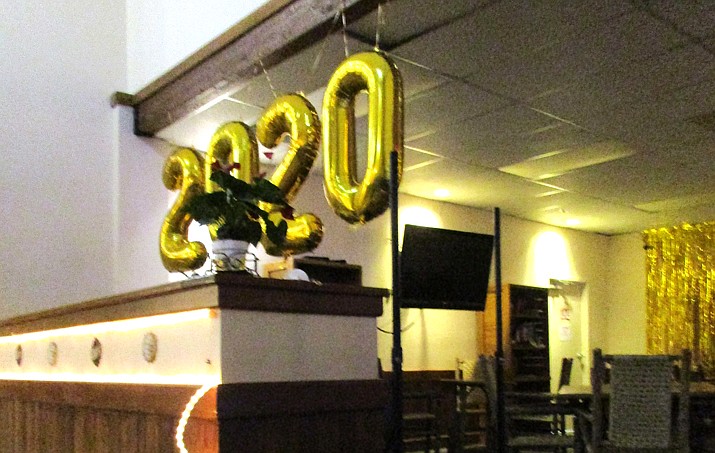 Families and friends enjoy ringing in the New Year at the Yavapai Lodge and the Grand Canyon Recreation Center in Grand Canyon Village. (Abigail Kessler/WGCN)

GRAND CANYON, Ariz. — Many people came to the South Rim for winter holidays, adding a lively atmosphere to the park’s New Year’s celebrations. While some stayed in with family and friends, others ventured out to enjoy planned communal events.

The nice thing about a place like the Grand Canyon is that there are usually several options to celebrate big events. People tend to be drawn to the Canyon by themes, and New Year’s Eve was no exception. Venues throughout both Grand Canyon National Park and the town of Tusayan put on celebrations to ring in the new decade.

The restaurant at Yavapai Lodge divided its party by age. Children’s activities started earlier in the evening, with a variety of games and fun giveaways. They rang in the year with an early balloon drop at 9 p.m., shortly before the start of the second half. This was a more traditional affair, with alcohol and appetizers and a champagne toast to accompany falling balloons.

For local residents, the community Rec Center at Grand Canyon hosted a roaring-twenties-themed party, in part to benefit the Tusayan Fire Department. Staff rearranged the main area to form a dance floor and bar and more balloons hung from a net above — waiting to be released at the start of the New Year. The party, however, continued until 2 a.m.