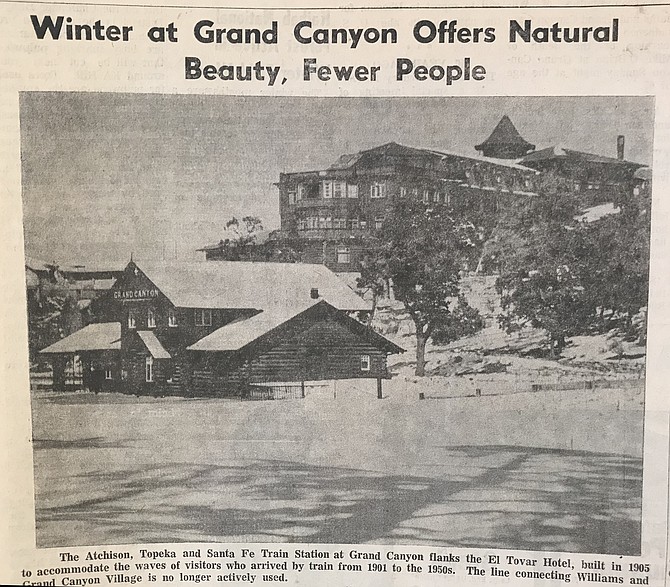 Six inches of snow blanket the Grand Canyon Railway Depot and El Tovar Hotel in January 1977. The original caption reads 'The Atchison, Topeka and Santa Fe Train Station at Grand Canyon flanks the El Tovar Hotel, built in 1905 to accommodate the waves of visitors who arrived by train from 1901 to the 1950s.'

From year to year winter weather at Grand Canyon is unpredictable — on Dec. 25, 2016 the South Rim of Grand Canyon and the nearby community of Tusayan received 6-7 inches of snow.